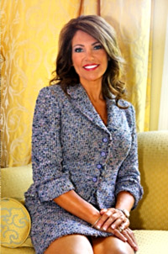 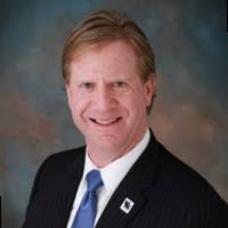 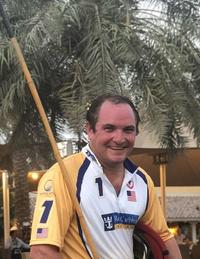 Chairman of the Board

Dr. Lisa Spoden is CEO of Hotels at Sea® and Medical Care at Sea™.  Her strategic planning and program development expertise is coupled with practical management know-how having previously worked in planning, marketing, operations and business development for a cross-section of service organizations.  She has many years of hands-on experience in hospitality having chaired numerous major fundraisers and galas.

Dr. Spoden is published in the Who’s Who of Executive Professionals.  She was named a Kentucky Colonel by Governor Paul Patton in 2000.  She also received the Entrepreneur of the Year award from the College of St. Benedict in 2013.

Dr. Spoden also serves on many boards including the College of St. Benedict, Shenandoah University, SNVC, Newcomers and Women’s Club, Capital City Ball, We Will Survive Cancer, and the Aurora Foundation.  Spoden is also a member of the Wharton School of Business Club - DC Chapter and the American Society of Association Executives.

Tareq Salahi is an award-winning entrepreneur, travel/tourism and marketing expert, IPT Captain of the USA Polo Team, winery owner and television personality rated in the Top 5% of social media influencers in the world.

Tareq was born in Washington DC and raised in Virginia wine country. He graduated from Randolph-Macon Military Academy where he was distinguished with the rank of Squadron Commander. He went on to earn a Bachelor of Science degrees in Enology & Business Management from the University of California, Davis.

Tareq is a International polo player and founded the Hotels at Sea Polo Team representing cruise lines and various travel partners playing polo globally to significantly increase luxury cruise sales worldwide.  As captain of the IPT USA polo team they have successfully captured major International championships including several IPT International world cups and USPA National titles. Tareq was honored to play against HRH (His Royal Highness), Prince Charles with Prince Harry; and on that historic game Prince Charles announced his retirement from the sport of polo.

Tareq has been involved in some of the top rated freshman television series, including the CW's "Where the Elite Meet" which combined the sport of polo with tourism and epicurean highlights.  Those shows eventually led to other various TV Shows including NBC/Bravo Television's Real Housewives franchise and onto special projects with HBO, Discovery and E! Network and others in development. He has also starred on "Celebrity Fight Night" and made multiple appearances on the entertainment news and talk show circuit including NBC's Today Show, Access Hollywood, E!, Extra, David Letterman, Fox & Friends, CNN and many others.

Tareq was directly involved in shaping policy that helped create jobs in the United States & Virginia and both authored and supported legislation beneficial to numerous small businesses and family businesses which passed with resounding bipartisan support in the House & Senate. He has supported and contributed heavily to both political parties.  His early years in politics included working on the Steering Committee for "Rock the Vote" movement aimed at activating the youth vote.  He continues to work with the private sector as well as federal, state and local government to come together to promote travel & tourism and ensure its success.   Tareq has also made numerous appearances at various events worldwide including Universal Studios, PURE nightclub at Las Vegas' Caesar's Palace and the US Congressional Committee on Homeland Security and the White House.

Tareq Salahi sat on the board of the American Task Force, an organization that worked closely with the heads of state from the United States, Jordan, Israel & Palestine dedicated to the peaceful two state solution between Israel & Palestine (see: United Nations Security Council Resolution 242).

Today you will find Mr. Salahi often living/working onboard and around cruise ships with his clients/partners from conducting front line research, to entertaining to consulting worldwide on luxury travel and providing products in the Hotels at Sea portfolio that include innovative products that only Hotels at Sea provides.  In addition to being a top travel partner, Hotels at Sea offers exclusive products to the cruise industry to include the first ever cruise ship salt proof TV (Hotels at SeaLoc), security/safety/threat analysis, special events, marketing, public relations, government relations, an award winning polo program that generates millions in sales revenue for the cruise industry and an award winning winery, rated Top 10 in the world, owned by Hotels at Sea that produces custom wine with personalized labels for the cruise ship industry.

Greg Shaffer served in the Federal Bureau of Investigation (FBI) for twenty years, including 6 years on their elite Hostage Rescue Team or HRT; conducting tactical operations across the globe. Mr. Shaffer assignments include supervising the Dallas FBI’s
Joint Terrorism Task Force, the San Francisco field office where he worked on a drug & gang task force, the National Counter
Terrorism Center (NCTC) and was the first FBI Legal Attaché assigned to the U.S. Embassy in Budapest, Hungary.

Mr. Shaffer started his professional career as a line-officer in the US Coast Guard where he served for eleven years and commanded the Coast Guard Cutter Point Steele.

His most recent endeavors are the launching of his new book title: “Stay Safe – Security Secrets for Today’s Dangerous World” and hosting Investigation Discovery Channel’s docu-drama, “Body Cam – Behind the Badge”.   He holds a Bachelor of Science degree in Management from the United States Coast Guard Academy; and a Master’s Certificate in Strategic Intelligence from the Australian Institute of Police Management.

About Hotels at Sea®:   Hotels at Sea® provides worldwide consulting services to cruise lines, cruise line event productions, government relations support, security/threat analysis consulting, lobbying/legislative support on Capitol Hill in Washington DC, DMCs & entertainment support and is a global cruise line charter company.   We are the top cruise line consulting firm in the world certified and awarded as expert travel partners at the highest levels, by the world's leading cruise lines offering internal & external support either undercover or in a fully cooperative manner.  Our worldwide partnership with SEALOC allows cruise ships the opportunity for the best in Ocean prepared Ultra 4K Sea Televisions & Satellite equipment that withstands the elements of sea salt and fully waterproof.  Hotels at Sea augments major sporting and other special events worldwide, especially where there is a lack of hotel space; docking our cruise ships at the events full time. We work in cooperation with other DMCs,  hosting governments,  CVBs & Tourism Authorities of the host country.   This is ideal for event sponsors, companies associated with events, large groups or enthusiast organizations involved in any major events to include but not limited to our expertise with the Olympics, Super Bowl, America’s Cup, World Cup, Corporate meetings & Conventions.  Hotels at Sea & Connoisseur Traveler are THE choice for safety, comfort and value.    Connoisseur Traveler is open by invitation only serving Groups & Luxury suite guests.